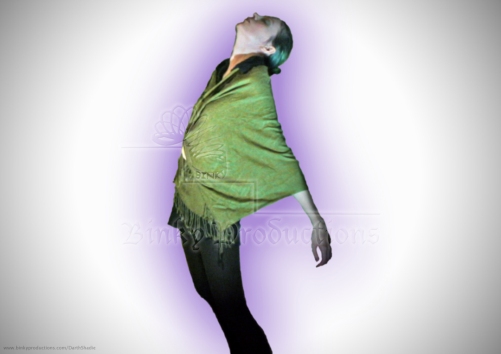 Something scrolled onto the holoscreen and there was the familiar bleep of success.
‘Gotchyah!’
‘What’s that?’
‘I’ve cracked the code.  You now have access to security systems, communications, everything.’
Knarf was rather proud of himself.  It had taken him many more hours than he’d expected, and it had been a rather challenging feat.  Now, however, feeling Shadie’s touch again was beginning to feel like it would arrive sooner than he’d originally feared.  He hoped it would be even sooner than that.  Whatever it was they were living, he and she, he sure was enjoying it, even though it was still early days.
He smiled as he handed Kelbourn the datapad.
‘Now to that droid.  Better you start now; might take you several days.’
Knarf sighed.  What a karking killjoy.  It was Bantha fodder.  The Mandalorians were always so serious.  A Ronto had a better sense of humour.
Another Mandalorian approached, the one with purple and brown beskar’gam.  Talyc, he believed his name was.  He was one whom Knarf found rather friendly, contrary to what he thought of the others.
‘Uh, sorry to disturb, but Knarf, you might want to see this.’
‘See what?’  Knarf somehow felt dread.
‘Holonews.’
The Mandalorian took off his helmet.  His face was not as haggard as some of the other Mandalorians Knarf had met.  His complexion was smooth; he only had one fine scar on his nose.  He placed the helmet on Knarf’s head.
‘Just let the HUD do its thing.  Oh, but don’t blink too much.’
Knarf watched as an image of the Sith meditation sphere hung in the middle of the screen.  It looked to be in orbit above Nar Shaddaa.  His throat felt dry and tight; his heart pounded.  As the holonews reporter spoke, the screen remained on the image of Master Vorum.
‘…The old man was struck with a fatal lightsaber wound to the chest.  The three Jedi were taken by Sith into the sphere, which now remains in orbit above the moon.’
An image from a holocam showed Shadie, Brenum and Trylia being captured, unable to move, Darth Lahnius’s sneer confirming to Knarf he was the one using the Force on them thusly.  Knarf could see Shadie was struggling by the intensity of her expression, yet neither Jedi could move, except for their feet; it looked like they were being floated out of the cantina.
Knarf removed the helmet and handed it back to the Mandalorian.
‘I must go,’ he said, standing even taller.
‘You must program that droid,’ replied Kelbourn, pointing at the T4 unit.
‘I have to go to her!’  Knarf raised his voice.  ‘Shadie needs me!  She’s in trouble!’
‘You going to kill a handful of Sith, are you?’ said Kelbourn.  ‘You barve, you’re going to get yourself killed.’
‘I don’t care, I have to go.’
‘Don’t make me restrain you.  You haven’t finished paying your friend’s dept.’
Knarf fumed at Kelbourn.  ‘Kriffing kark!  She could die!’
‘Hm, perhaps, and then I could keep you as a prisoner for the Mandalore if I so chose.’
Knarf gritted his teeth, clenching his jaw tightly.  He felt like pounding at the Mando dung’s face.  He formed fists with his hands and loosened them again.  Never a good idea to start a fight with a Mandalorian, especially when they’ve got a vibroblade hanging at their side.
‘Programming that droid could take days,’ he said in as steady a voice as he could.
‘Then you better get to it,’ replied Kelbourn.

Two days had passed and the kriffing droid was not responding to Knarf’s programming.  He was tired; he’d barely slept.  When he wasn’t working on the droid, he was trying to find a way off the Mandalorian ship.  He was worried.  He could not stop thinking about Shadie.
In a way, it surprised him he cared so much.  Then again, her life was at stake.  He sighed.  He’d been fine doing things on his own most of his life.  How could he ignore these new sensations that he felt when in Shadie’s presence?  He couldn’t even cast them aside to focus on his wok.  To never feel it again, the energies, was one issue and a possibility that had crossed his mind.  But that she might die?  She was his Lady.  He could not, would not, let her die now.
He banged the droid’s head.
‘What a heap of dung scrap!’
He put his hand to his forehead.  What was he going to do?  Grab a shuttle, fly to the sphere, if the Mandalorians didn’t shoot him down first, and then what?  His blaster was of no use against a Sith.  Stang, it wouldn’t be much use against anything.  He cursed again.

Shadie could not tell how many days had gone by since their capture, but she listened to the sphere’s pulsing.  It wanted her to be Master of the Crypt.  Somehow it had an affinity towards her and she had used that.  She’d managed to convince it that if Lahnius did anything to harm her, to set down again on Nar Shaddaa, and that by doing so, it would be helping her in attaining that goal of becoming Master of the Crypt.  It had taken a lot of persuading.
A ship approaches.
‘Ah,’ said Lahnius satisfied.  ‘Results.  Our slicer lover has come out to play.’
Through the Force and her connection to the sphere, Shadie could see Knarf’s shuttle approaching.
Can you narrow in on the view? she asked the sphere through the Force.
Suddenly she could see Knarf in the shuttle, dark lines under his eyes, brown eyes alert, and his mouth tight with worry.  He worked the controls as best he could, but he was no pilot.  He was brave, that much was clear to her.
‘Now, let me show you, Shadie, how Sith who betray their Masters pay,’ Lahnius sneered.  ‘How those who stand in my way pay.’  He smiled and turned forward.  ‘Prepare to fire!’ he told the sphere.
Do not harm him! commanded Shadie.  It had taken some effort, but she could now speak to it directly through the Force, without her voice.
Why should I not? it asked.
He is my secret lover.  The Lady of the Crypt must have one.
Yes, but if not this one, then another.
No!  He makes me feel passion!  Passion that fuels the dark side.
‘Fire!’ shouted Lahnius.
Shadie’s heart stopped.  Then she realised that nothing had happened.
‘I said fire!’
One who cannot command you through the Force directly is not worthy to command you at all, Shadie told the sphere.
He is jealous of your power.
Let the shuttle come.  Safely.
As you command.
The sphere obeyed and opened up its port side and within moments, the small shuttle was aboard the vast sphere.
Lahnius turned to Shadie, glaring.
‘This is your doing.  You will pay.’
He raised his hand, which flickered with dark side energy, but before anything could happen, the sphere pulsed and sent him flying across the room.
You shall not hurt the Lady.
Knarf staggered out of his shuttle, clearly bewildered by the sphere’s interior.  Then he saw the Jedi in their trappings.
‘Shadie!’ he cried.  Then low: ‘My Lady.’
He acknowledges you as the Lady, noticed the sphere.
The sphere released Shadie and the other two Jedi from their floating bonds.
‘No!’ cried Lahnius.  ‘The sphere obeys me, not you.’
Shadie looked at Lahnius with defiance, rising tall where she stood.  Then she looked at Knarf.  His glance was very intense.

The flight to Coruscant seemed longer than it was for real.  The jumps to the Perlemian Trade Route went without incident, but Shadie’s life was dwindling.  Knarf spent most of his time by her side.  She had really affected him, his life had changed, the energies emanating from him told Trylia that much.  Whatever it was, Shadie had affected his life in a positive way, such as she had Trylia’s and Brenum’s.
When she’d come to the Jedi Temple seeking answers and seen the Jedi Holocron’s evidence of truth for herself, her Force aura had radically fluctuated; she had realised that she’d been using the dark side for the wrong reasons…  She was no Sith.  She was a true Jedi.
Trylia had been a Jedi since her youth, but Brenum had merely begun his training shortly before Shadie had entered their lives.  Brenum was one of the exceptions, becoming a Jedi as a young adult.  The young pilot, who inadvertently saved a Jedi from a Sith during an attack on Shilii.  It was a mission Trylia had been on, her home planet being under attack.  Brenum had been piloting there for a trader.  Trylia could still remember the look on his face when he’d lifted a hand in reflex and pushed away a large slab of rock, thus saving her and her Master.  He’d been more stunned than she had.  That was the first time they’d met.  They had quickly become friends, although he’d felt a little odd at being trained much older than any other Jedi.  Until Shadie arrived, that is, and no longer was he alone to feel odd.  Granted, Shadie had already had Force training, but Jedi training, no.  And Brenum and Trylia quickly befriended her.  The three of them were inseparable, ever since then.  Trylia would do whatever was necessary to help her, and she knew so would Brenum.
However, Shadie’s Force presence was fading and if none of the Jedi healers could help her and save her from the throngs of the dark side that were slowly killing her, then she would soon be dead.
And if that happened, Trylia and Brenum would find Kromus and kill him themselves.

Shadie’s body was lain on a bed in the Jedi Temple infirmary.  Knarf stood close to her.  Several other Jedi stood by, many of who were of various species.
‘Leave us,’ said a blue Twi’lek, his lekku hanging behind his shoulders.  ‘I must enter a meditation healing trance with her.  This may take days.’
Trylia’s lilac face seemed to pale and her own striped head tails swayed nervously.  Brenum put a hand on her shoulder.  Knarf remained where he was.
‘Will she die?’ he asked.
‘I do not know,’ said the healer in a deep voice.  ‘Your friend is strong in the Force, but it’s too soon to judge how much hope is left.’
‘Come,’ said Brenum.  ‘We must leave Master Juun Kloh alone with Shadie.’
Knarf reluctantly let himself be steered out of the room.  He would have to find himself something to do, something to program, and hope he would not think too much of Shadie or his fear that she may die.  It was his fault.  She had been victim to Lahnius’s rage because she had the sphere spare his life.  He should be on that bed almost dying, not her.
Almost as though reading his mind, Trylia whispered:  ‘It’s not anyone’s fault, Knarf.’
He nodded mechanically.  But he knew he would never forgive himself if she died.

Disclaimer: The Characters in this Fan-Fiction are new and have original names. The story is an original written work. The story is derivative and consistent of Fan-Fiction since it borrows the franchise world of Star Wars. Certain jargon and places, or concepts mentioned, along with the SW Old Republic universe belong to Lucasfilm Ltd. and Disney. No characters or storylines from the films are used. No storylines or characters from the games or books are used. A handful of characters from the games may be referenced, but are not the main focus in this fanfic story.  This fan-fiction story falls under FairUse.

This is a work of fiction. Names, characters, places, and incidents either are the product of the author’s imagination or are used fictitiously, and any resemblance to actual persons, living or dead, events, or locales is entirely coincidental.